If you ever got an email containing the list of “72 places to see before you die” or “43 hidden gems of the world”, you must have noticed (and wondered how to pronounce) Plitvice Lakes National Park in Croatia. After only a 2 hours drive from Zagreb, you can enter a magical place of turquoise water, countless waterfalls, trouts fighting the streams and travel bloggers fighting with their selfie sticks.

Plitvice lakes are our oldest and most visited national park (Croatia having altogether 8 of them!) and are listed in every guidebook, every tour company’s brochure or website, and are on the top of all world travelers’ bucket lists. #mustvisit #yugocitytour #onedaytripfromzagreb

As true Croatians, we are proud and amazed with this wonder of nature, and are willing to contribute to the fiery debate always ending with a conclusion how Niagara or Iguazu falls are just tiny little fountains compared to our Plitvice.

However, little is it known that at a 20 minutes drive from this world famous attraction, one can enter a completely different world. The world of airport runways overgrown with weeds, the world of blown-up tunnels and minefields in demining process; the world where the only thing that lurks from the bushes are ghosts of times past and an old Dakota airplane. The place is known as Željava, the deserted Yugoslav airbase. 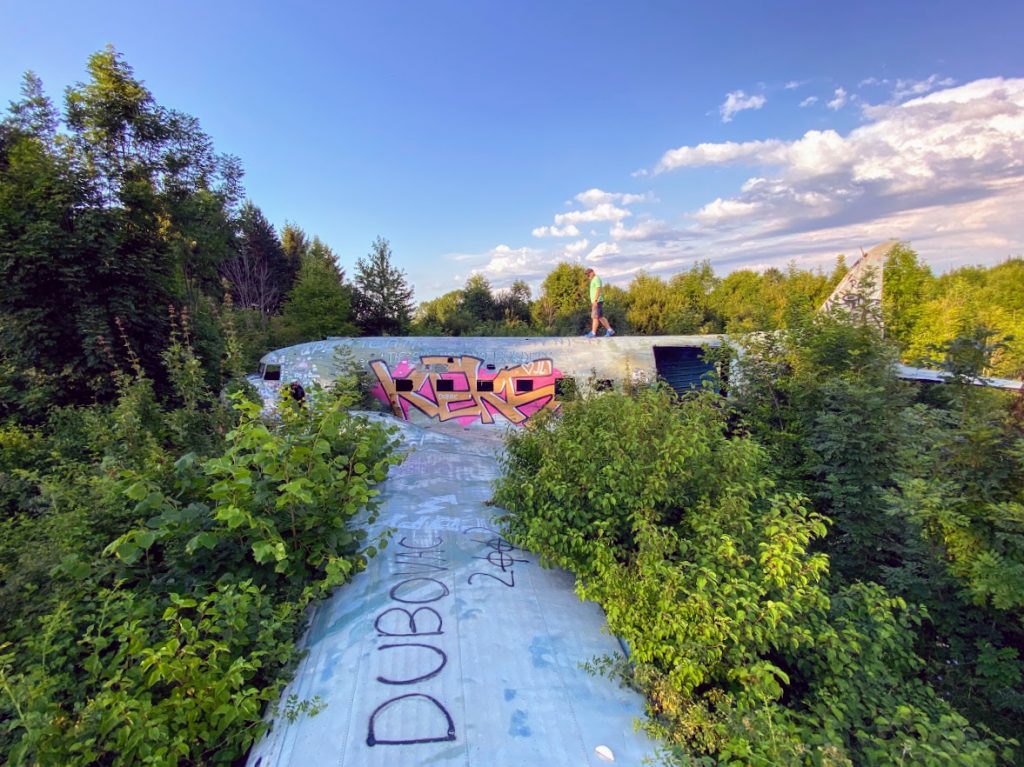 If you have watched the “documentary” movie “Houston, we have a problem”, you might remember Željava (officially named Object 505) is the place where Yugoslavia developed its space program and launched a pig into space. The pig landed next to the Italian coast and survived. And lived happily ever after. Great story, pity it isn’t true. Be that as it may, the movie was a great success, and suddenly Željava was not only another difficult-to-pronounce word, but it became a place of mystery, attracting adventure seekers and history buffs.

It all started after the World War Two, when Yugoslav People’s Army was fairly significant in world terms. Some would even claim that it was power-wise the 3rd army in Europe (but, don’t forget that some would claim that Tito launched a pig. In a rocket. To Italy.). However, in reality, the army was getting bigger and more powerful each year worrying about and preparing for potential Soviet attack. And any respectful army needs to have an underground base to defend its country. Thus, in the early 1950s decision has been made, the money was found (somewhere), a perfect location chosen (today, the border between Bosnia and Croatia, out of Soviet missiles range and in the geologically ideal Plješevica mountain), so Object 505 was set for construction. Little Yugoslavia with the population of only 20 million people spent the impressive amount of approx. 6 billion US dollars creating this, to this day, largest Balkan airbase ever built. O-505, opened in 1968, and it was, without a doubt, perfect. 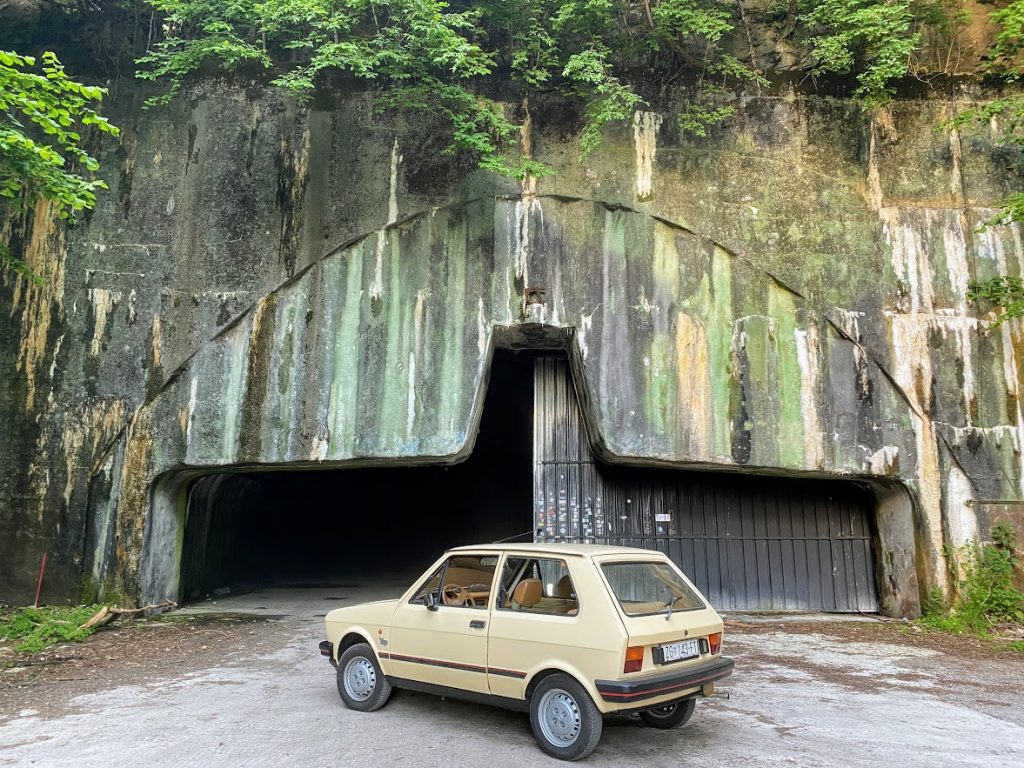 The complex was built to survive a 20 kiloton nuclear attack, the same power as the one

destroying Nagasaki. It had 3.5 km (2.1 miles) of tunnels and 5 runaways. There were water wells, power generators, fuel pipelines, radars, air-conditioning, garage and workshops for 60 aircrafts that could fit inside the tunnels. It also had classrooms, offices, a kitchen, an infirmary, and if it had to be sealed, 1000 people could survive inside for one month. But the most impressive were the exits designed for direct aircraft launching. Basically, it was Star Wars before the Star Wars.

After all this trouble (the full amount and origin of the funds is still unknown), Soviets never attacked. Nobody wanted to attack Yugoslavia, and Željava calmly continued to operate (maybe out of boredom, but they did launch that pig after all) all the way until Yugoslavia fell apart at the beginning of the 90s. At that point, the war between previous Yugoslav republics had started, and what was left of Yugoslav People’s Army under the Serbian leader Milošević, decided to blow up the base in 1992 and lay the minefields around it, rather than leaving it to the newly formed Croatian army. The inside blasts, caused by over 50 tons of explosive, were heard and felt in the surrounding towns, leaving the tunnel complex in smoke and fire for months. After only 24 years of running, this Yugoslav version of NORAD was destroyed to the point that it could never be reinstalled.

For years the Željava airbase was completely forgotten and if someone maybe wondered around that area, they were promptly discouraged from walking further by the minefields signs, radiation warnings and police patrols. However, since the word got around, and it became safe for visitors, more and more people have recently taken that leap of courage, and bravely driven down the runways, climbed the Dakota airplane or peeked in the tunnels trying to imagine what was there once.

After reading about Željava, visiting it, talking and writing about it, we can only conclude one thing: every single person that has ever walked through this site; from workers, soldiers, pilots, commanders and TNT experts to adrenalin seeking tourists and our yellow Yugo, left the site with only one question:  HOW THE HELL DID TITO PULL OFF BUILDING SOMETHING LIKE THAT?! 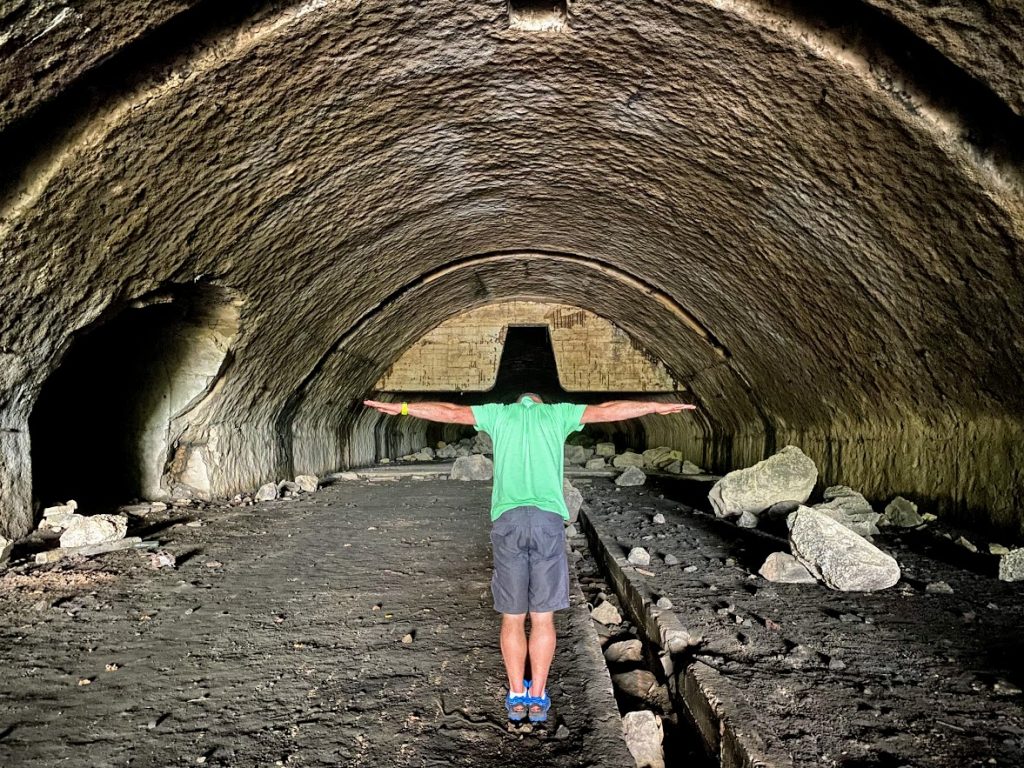 We use cookies to ensure that we give you the best experience on our website. If you continue to use this site we will assume that you are happy with it. Read moreOk